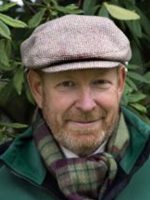 Harry manages a family farming, forestry and property business near Exeter. He has been a Name since 1986.

From 2002 to 2007 was chairman of a Mutual Stop Loss company for Lloyd’s Names, Integer, during which he reconstituted the board, changed managers, and oversaw the return of funds to Names.  He has previously been Chairman of the Forestry Commission, the FTSE quoted Phaunos Timber Fund, and the South West Regional Development Agency. He joined the ALM board in 2009.

His is current activities outside Lloyd’s include the chairmanship of a group invested in Anaerobic Digestion and other rural and environmental interests.