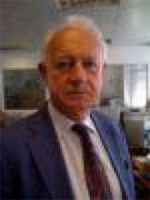 Adam was a member of the Government Economic Service in the Department of Economic Affairs, Treasury, and Central Policy Review Staff from 1965 to 1974 when he was appointed Economic Adviser to the Conservative Party. He was Director of the Conservative Research Department in 1979, and a special adviser to Sir Geoffrey Howe and Nigel Lawson at The Treasury until 1985. He was an executive Director of Hambros Bank and PLC from 1985 to 1997, and Director General of the London Investment Banking Association (LIBA), 2000 to 2005, and an NED of MS Europe from 2006 to 2013.

He started underwriting at Lloyd’s in 1977, and was elected to the Board of the ALM in 1989. He was a Member of the Council of Lloyd’s from 1997 to 1999 and served on the NACC and Lloyd’s Regulatory Board and Prudential Supervision Committee and chaired the R&R Names’ Committee in 1995-96. He was Chairman of the Equitas Trust from 1996-2014, and remains a Trustee.  He has been an NED of the Equitas Group of companies since 2009 and was a non-executive director of Hampden Agencies Ltd from 2008-2012.