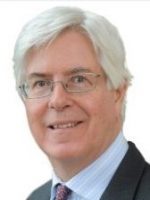 Kees van der Klugt has spent his career in and around the Lloyd’s market, commencing underwriting in 1985 and still underwriting as an unlimited Name. Since 2009 he was the Legal Director at the Lloyd’s Market Association (LMA), retiring last year. The LMA represents all Lloyd’s managing and members’ agents and, in this role, he worked closely with the Corporation of Lloyd’s, financial services regulators in the UK and overseas, and with legislators. A significant legislative development was the re-shaping of English insurance contract law by the Insurance Act 2015, when the LMA led market negotiations with the Law Commission and gave evidence to the responsible Parliamentary committee. This Act underpins all insurance contracts written under English law.

Before he joined the LMA, Kees worked with a number of managing agents, with the Corporation of Lloyd’s and, during the 1990s, as a litigator with a City law firm. In that time he acted for the Feltrim Names during the LMX spiral litigation and in the Lloyd’s R&R settlement negotiations. He has recently been appointed as a trustee and non-executive director of Equitas.

Kees sails, skis, is a supporter of the Glyndebourne Tour and Petworth Festival, and has so far planted some 4,000 trees and hedging plants with his own hands in West Sussex where he lives with his family.