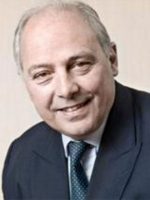 James came to Lloyd’s, from the Army, in 1979, joining Sedgwick Forbes Reinsurance Brokers. He worked in the London insurance market as a broker and company director until 2014. He now acts as an independent consultant and non-executive Director. He has been writing as an unlimited name since 1983 and joined the ALM Board in 2009.