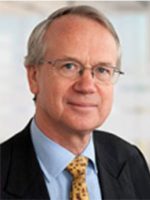 Alan is Chairman of Interserve Group and of Safestyle PLC and Senior Independent Director of SIG plc.  In his executive career, he was Chief Executive of six companies, four of which, including Costain and Jarvis, were in need of rescue and turnaround; two were in renewable energy.

He became a member of Lloyd’s in 1985, has been on the Board of the ALM since 2006 and became its Chairman in September 2012.  He was an elected member of Lloyd’s Council from 2007 to 2016 and served on the Audit Committee and Remuneration Committee; he still sits on the Capacity Transfer Panel.

He is Chairman of the Hampshire Cultural Trust, the Mary Rose Trust, and the University of Winchester; he is a Trustee of Winchester Cathedral. He was High Sheriff of Hampshire for 2010/11.